Nasdaq Short at open, but SL was triggered at 30 point.
Bad execution with SL way too tight for the size.
And guess what, after taking me out, the price dropped as expected.
One of the trades that weren’t supposed to be taken in the first place.

Emergency: Step away from the desk to avoid further losses! 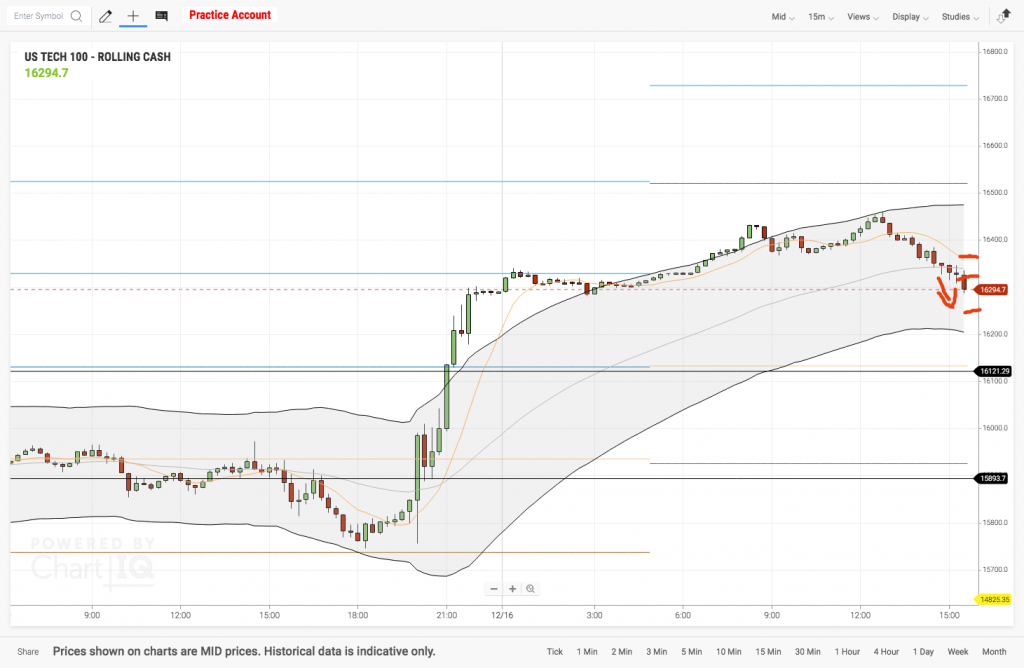 Analysis:
This was a good trade idea that would have worked very well, but I rushed into the trade without respecting the boundaries. The SL was exactly hit before it went the expected way. I did grossly miscalculate the position size. I should have traded 25 or 50 contracts with this one, but I entered 100. Very bad mistake that happened out of a habitual trading size in a different account. Either way, should have never happened.

Aftermath:
I was still able to get back into this trade and get something out of it. Gained around 2200 with 2 smaller trades at 25 and 50 units. In light of the first loss, I preferred to take early profits.

Conclusion:
This is the kind of trade that has the potential to add substantial profits with a single click, but when mistakes are committed they turn into a nightmare. This would have been 200 pts of easy profits. Instead this ends up with a loss of 3o pts or 800$. An emotional setback that may lead to further errors …. so I am stepping back for awhile.

After some more thoughts on this I concluded that my error in position sizing was unforgivable. While the trigger of the SL was unfortunate in relation to the intention, execution was rushed and vague. Anything can happen at any time. And in this context the SL would have been a saviour under different circumstances. So, the SL trigger is a quick reminder about the dangers of the territory.