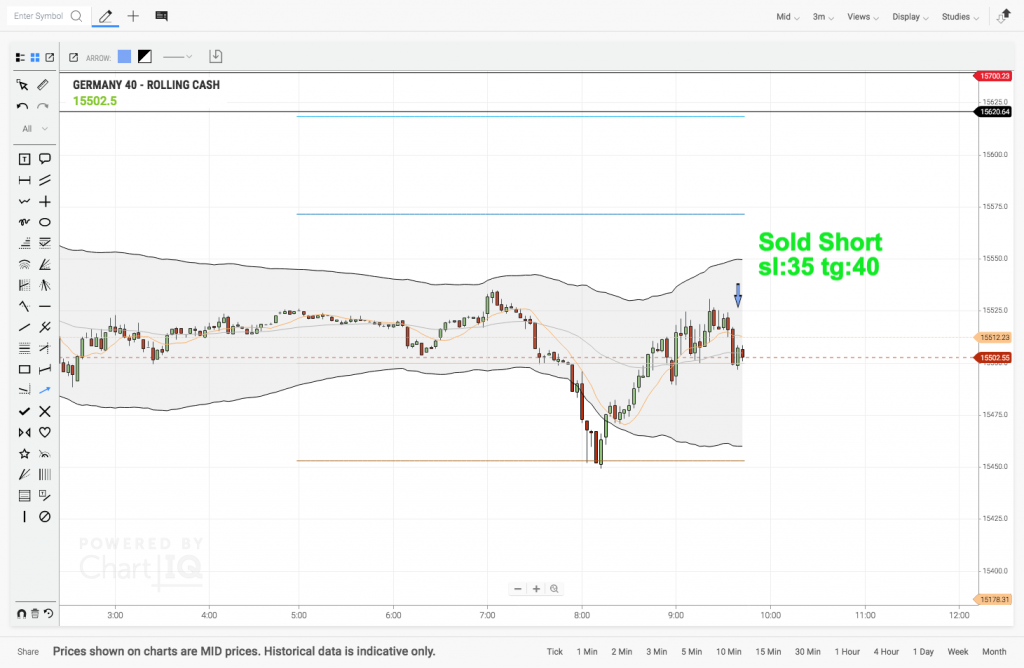 Outcome:
This trade went nowhere. Decided to abort at around breakeven and US Open about 5 hours later.

at US Open. Worked well, but order vanished and then went in manually for a quick scalp.
Signal: body/wick nack on last resistance
Profit: 250$
Maxdraw: 0/20
(Regular planned trade would have made over 100 pts) 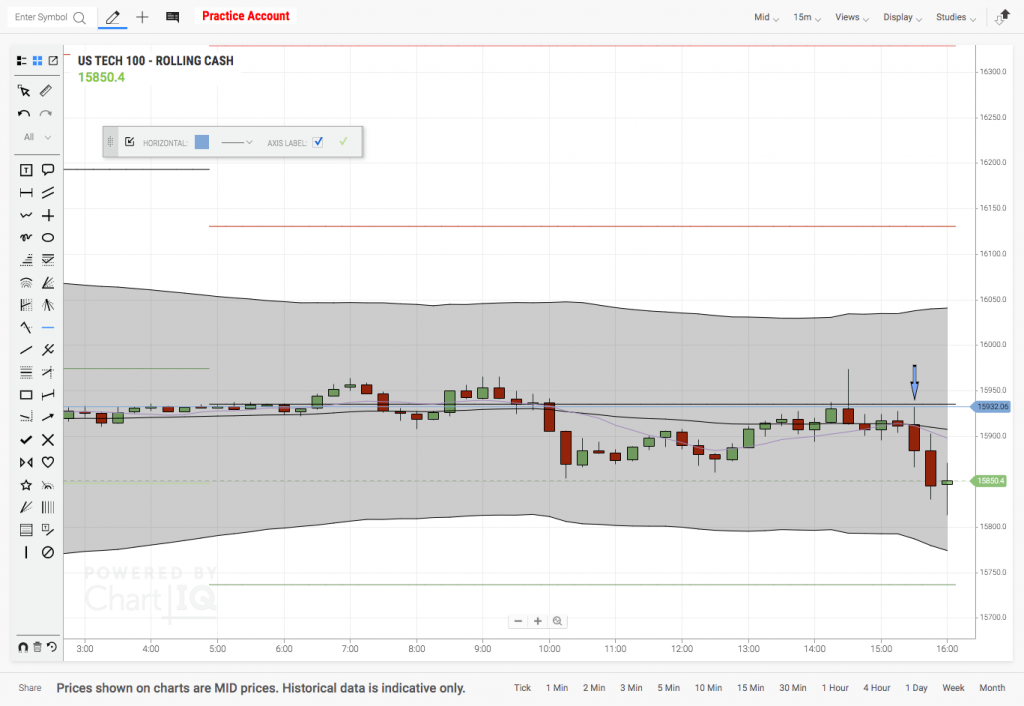 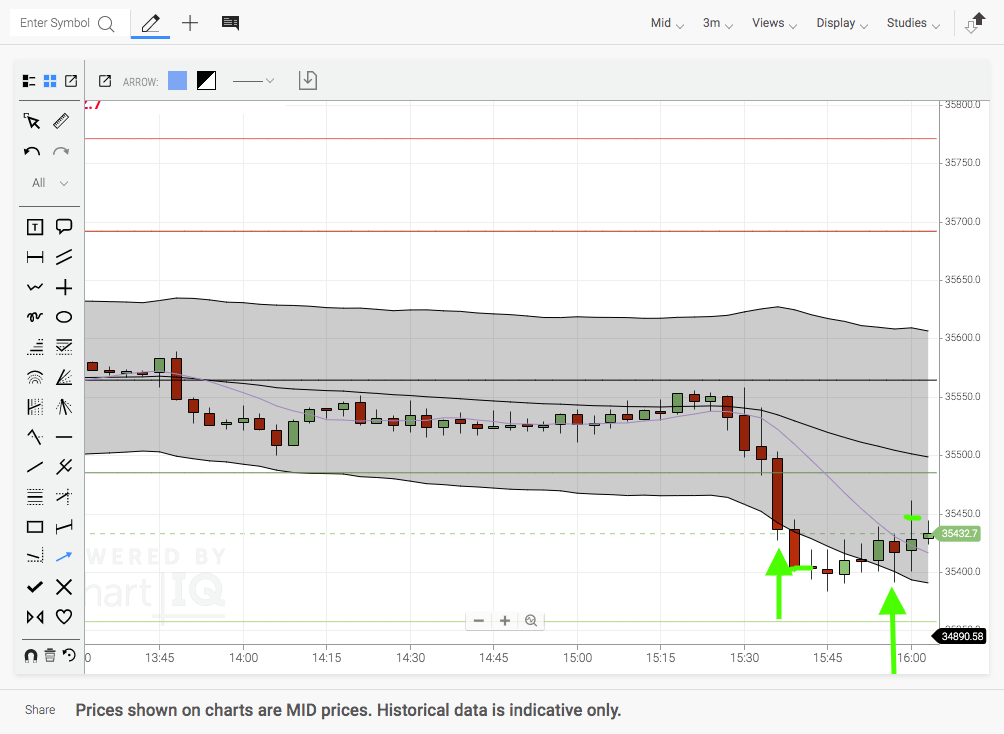 Fifth: Long Dow
Signal: Rising 10 ma 3 min retracement
Profit: 0$
Price moved higher and moved SL to BE. That was triggered.
Otherwise it would have been a profitable trade beyond initial target. Shit happens.
MaxDraw: 3/35
Maxgain: 30/40 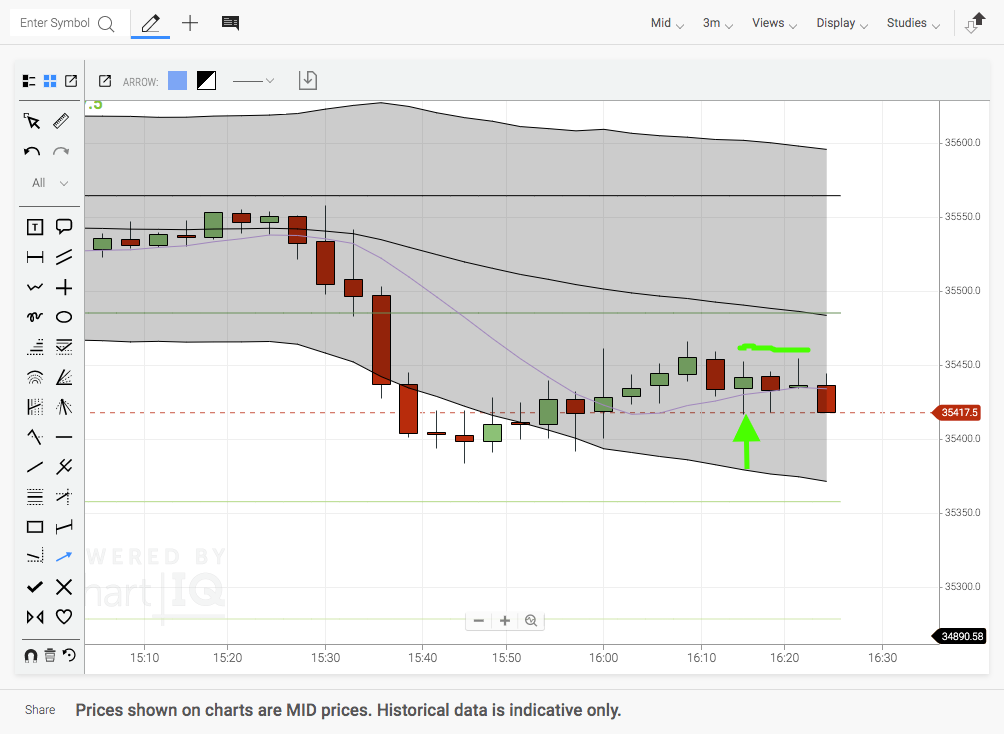 Trade Six:
Short Dow.
I realized this trade was a mistake and closed it immediately.
And I even got lucky with a small gain.
Profit: 63